The Florida Lottery is a government-run organization in the state of Florida, United States. With numerous on-line and scratch-off games available, players have a wide variety of prize levels to choose from. Since it began, the Florida Lottery has continued to add variety to its portfolio of games.

The Lottery has experimented with higher price points, enhanced traditional games, and introduced seasonal promotional games. In 2012, Florida was the third-ranked state in yearly lottery revenue with $4.45 billion; revenue passed $5 billion in fiscal year 2013. Florida passed the legislation to enact the lottery in 1986 by a two to one ratio. The new lottery was spearheaded by Governor Bob Martinez and the Florida legislature with the mission of maximizing revenues for the enhancement of public education in Florida.

The lottery was founded on the basis that it would provide the people of Florida the opportunity to benefit from additional revenues while providing the highest quality games available. The lottery's first game, MILLIONAIRE was a $1 scratch-off that was immensely popular. Within 17 days, the scratch-off game had paid back the entire $15.5 million to the state's general fund.

With the goal of the Florida Lottery being to enhance public education in the state, the lottery has become not only an education partner but a distinguished business enterprise as well. In the 2011-12 fiscal year, the Florida Lottery donated $1.31 billion to the Educational Enhancement Trust Fund, surpassing the $1 billion mark for the eleventh time in its history and expanding its all-time donation total to over $25 billion.

Additionally, Florida donates funds to help construct new schools and other educational facilities. As of 2012, more than $3.9 billion in lottery-backed bonds have gone to school construction. 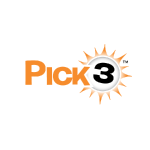 Pick 3 is drawn every day during a live broadcast immediately following the Pick 2 drawings. It is played the same way as Pick 2, except three ball machines are used. Anyone who matches the three numbers (in any order, or only in order, depending on how exactly the numbers are played; Picks 2, 3, 4, and 5 offer several different options when playing) in exact order wins $500 on a $1 wager. More recently, more ways to play involving multiple-number tickets were introduced. On August 23, 2010, Florida added a 1-OFF selection to the game. This gives the player 26 extra combinations of his/her number in which the digits are 1 up or 1 down. If the number matched exactly, one would win just $250 instead of $500 for a $1 play and $125 instead of $250 for a 50-cent play. If one of the 1-Off numbers drew, one would win $10 on $1 plays and $5 on 50-cent plays. See the lottery website for further details. This game was formerly named Cash 3 until August 1, 2016.

We are not the Official Operators for Florida Lottery Results and Winning Numbers.


This website is not an official website and is not associated with the government-run organization (flalottery.com) or any Florida Lottery company that manages any product for which their services are employed.

The information available on the FLA-LOTTERY.COM website is solely for the use of players and prospective players of the Florida lotteries. These are information pages only and are not intended to encourage participation in lotteries.

Do check your results from any authorized Florida Lottery dealer near you to confirm your winnings.